Here is the video
Here are the details

Tickets £10 each and £5 extra for camping overnight

The summer party was an amazing success enjoyed by all.

Saturday 7 November 2015
The Bell Inn, Outwood.
Fireworks night was a huge success with over 1200 people attending

Saturday 22 September 2012
at Bletchingley Village Hall
was a great success and we raised in excess of £5,000
Thank you to all who participated!

Sunday 25th April 2010
at the Corner House Hotel
Massetts Road
Horley
raised a further £800
Many thanks again to all who worked so hard and ate so well!

Ed and Charlie organised a
Curry Quiz Night
at the Al Akash in South Godstone
on Saturday 17 December
The event was enjoyed by all and was a huge success and raised a massive £835 for HAM.

……At the Car Wash, yeah!!!
A busy bank holiday weekend was had by the HAM committee who all put their rubber gloves on to help out at the annual car wash organised by
The Bell, Outwood.
The theme this year was 'The Wild Wild West'. Staff dressed up and the pub was transformed into a saloon bar for the day, complete with a straw covered floor!
(Pity those cleaning up afterwards!!)
The local fire brigade kindly bought a fire engine to have a look around and chat to the fire officers which was enjoyed by children and adults alike!!
The sun shone for us and we washed 47 cars raising an amazing £462.00

The event raised the fabulous amount
of £800.00 for HAM.
A big thank you to everyone involved.
Over 200 people attended and all entrance fees and raffle money were kindly donated to HAM.

Our 3rd Summer Party at Home Farm was another great success.
Over 200 people enjoyed an evening of dancing to the fabulous OXB, whilst enjoying  the generous hospitality of Eric and Andrea Wise.
Special thanks go also to the Etherington Family, who regularly donate proceeds from Ami's many Remembrance Events.
2010's Summer Barn Party raised a fantastic £5,200

The annual Festive Firs Committee chose HAM as their charity this year.
It was held at Outwood Church in December, and the displays were magnificent.
HAM was donated a cheque for £420.20
so a big thank you to all involved.

Golf Society Day in aid of HAM
Friday 14th August 2009 at
Lingfield Golf Club
This event raised an astounding £6,447
Thank you to all who helped organize and attend such an enjoyable and successful event.

Thanks to the adventurous spirit of 102 eager participants, our 9th annual HAM & Eggs Treasure Hunt, held on Good Friday, was a great success.
27 teams, old and new, enjoyed an old fashioned drive in the country whilst searching for eggs and clues. The overall winners were York House Massive, who pipped Dorita's Pride by a dog spot!
We are delighted to announce that we made a
record £1,109
which will all go towards making the lives of young cancer patients at the Royal Marsden Hospitals, more bearable.
Our thanks, as ever, go to Jason & Sian at The Bell, who, with all their staff, always give their unfailing support.
A big thanks to Glenn and Caroline for such a great effort and result once again.

For more information on any of our events please email or contact us! 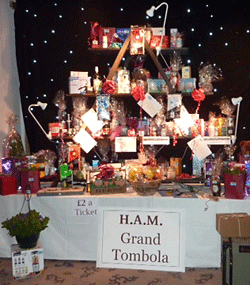 Tombola table at the Charity Ball. 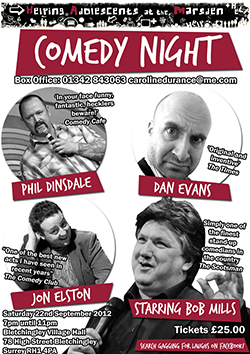 Poster for a HAM Comedy Night. 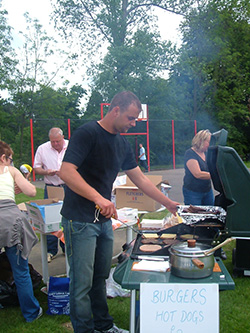 Barbeque at a charity football match. 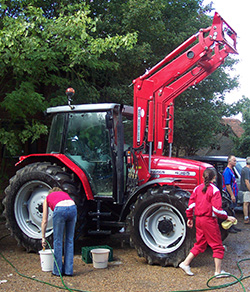 At the Car Wash? 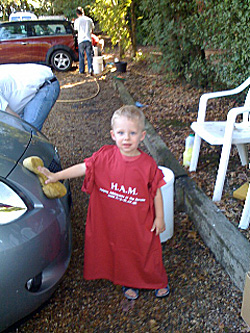 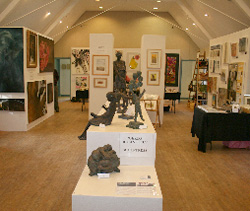 The Lloyd Hall in Outwood was the venue for the Outwood Bound Art Exhibition. 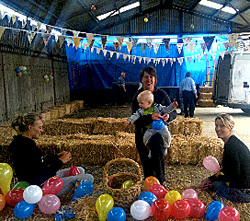 Preparations for a Summer Barn Party. 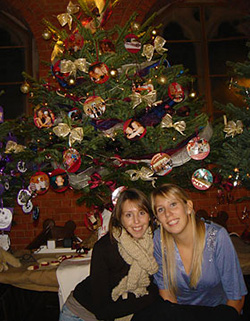 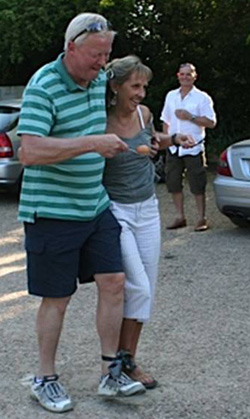